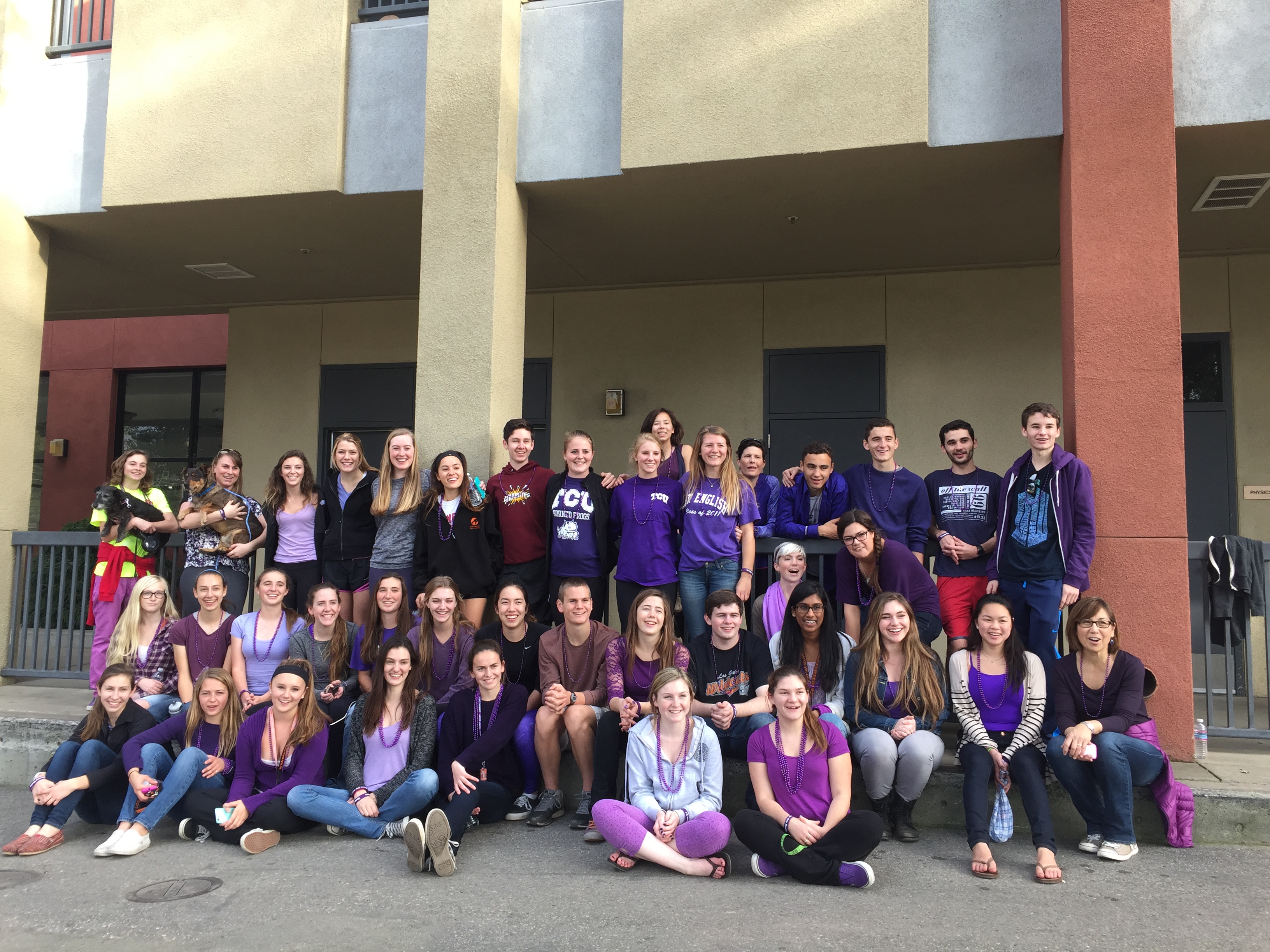 In the morning the girls organized a sunrise ceremony on the bleachers. Once a few candles were lit, everyone passed on the light to demonstrate how Davis lit up their lives. They watched the sky turn from purple to light blue while listening to a meditation tape recited by the children of Davis’ Qi Gong instructor Lee Holden that Davis loved. Sinsigalli stated, “Seeing all those people in the bleachers was a beautiful physical representation of how widely and deeply Tessa is loved.”

At tutorial in the community room, the friends passed out purple mardi gras beads while students wrote messages to Tessa and looked at the photos littering the mirrors. “I think that the message writing was very therapeutic no matter how well people knew her,” Jagelski said. “I could definitely feel the love and togetherness of everyone that came.”

During lunch there was an open microphone for kids to tell stories about Davis and describe how much she meant to them. For the final story a boy came up to the microphone and explained why no one in the room recognized him. He was the brother of a boy who had chemo next door to Davis. Davis and his brother became friends in their time at the hospital, and the room filled with tears when the boy described how cool his brother thought Davis was. “When he came up to speak we were all a little surprised, especially when he said he didn’t know Tessa,” commented Bellamy. “But when he told us he had been searching for her, because his brother had spoken so highly of her, everyone started crying. It made my day knowing that Tessa had touched so many more people than we could ever imagine.”

Finally, to conclude the day of remembrance, a group of students and faculty walked the dam loop with with the Davis family. “My favorite part of the hike was looking back and seeing tons of people around every curve. There were tons of people coming out to support,” stated Ponkey. Overall, the day was a special and purple one as the students and faculty of LGHS remember their lost friend, student, and peer.