Just as some approach the Bible religiously and others approach it solely as a work of literature, the same is true of conspiracy theories; both are to be enjoyed with or without faith. Even skeptics can appreciate the plots, lessons, and characters that conspiracies can offer, and some may even have their perspective changed. Ten of the best conspiracy theories out there are listed below. Prepare to be enlightened, sheeple.

10. Although it may not be the most exciting, a good starting point for the novice conspiracy theorist is any of the collection of government assassination schemes that have popped up over the last century. Each scheme has its own unique reasoning and evidence, but they aren’t too complicated for the beginning skeptic to understand. These theories follow the format that government organizations such as the CIA have killed hundreds of our beloved public figures for their own political gain. For example, many believe that Martin Luther King, Jr. was killed by a brainwashed agent of the CIA. Other classics include the supposed government-incited assassinations of Marilyn Monroe, Michael Jackson, Aaliyah, Robert Kennedy, and Malcolm X. 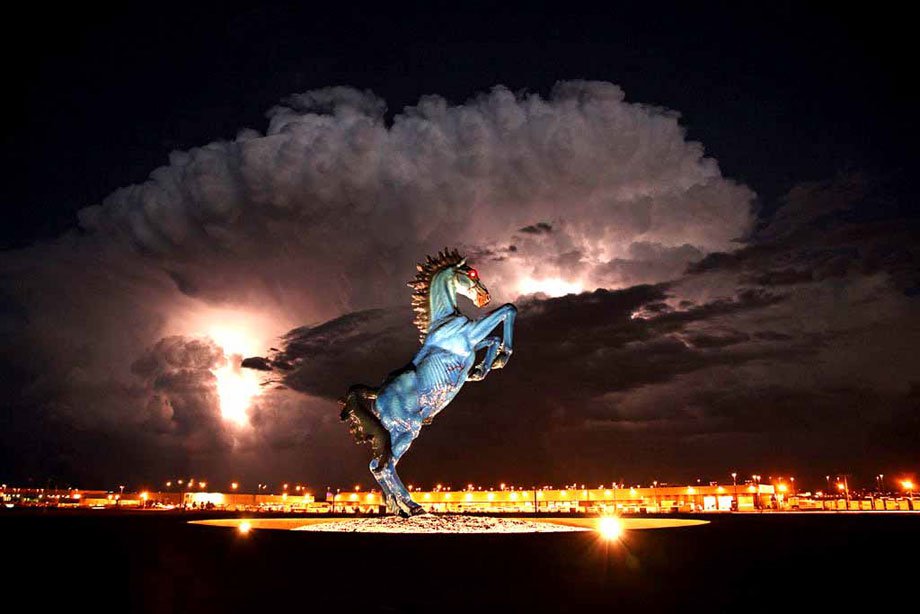 9. One conspiracy theory that even the nonbelievers can relate to states that the Denver International Airport is hell. While to most this would suggest that the Denver International Airport just isn’t very nice, truly enlightened airport goers have noticed otherwise. After examining the various murals and other “satanic symbols” that decorate the terminals, conspiracy theorists have determined that the airport is literally hell and that a death camp lies within. The evidence for this argument was succinctly compiled into the two-part documentary “Denver Airport Conspiracy Theory: A Documentary.” Regardless of the fact that only a quick Google Maps search is necessary to debunk a large number of the documentary’s claims (a bird’s eye view reveals that the runways in fact do not form a swastika), the documentary is very compelling if you can get past the video’s low resolution and minor contradictions. Supporters of this theory argue that the airport was designed to spray Hepatitis B on enemies of a secret society called the New World Order (refer to Conspiracy Theory #1 on this list), an especially suspicious method of extermination considering that only 5 to 10 percent of those infected with Hepatitis B die from the disease.

8. The timecube theory was created in 1997 by Gene Ray, who asserts that all modern physics is incorrect. The timecube website, timecube.com, can be accessed for a few seconds before the website is redirected and includes opinions such as “Belly-Button Logic© Works. When Does Teenager Die? Adults Eat Teenagers Alive, No Record Of Their Death.” Ray’s theory is that time actually exists in “4-equidistant Time points,” and he attempts to explain the system of physics that stems from this understanding of physics. Ray has offered up to $10,000 to anyone who proves his theories correct, but no one has yet.

7.Everyone knows that feeling, when you’re neck deep in a space race with the USSR and just entirely incapable of getting to the moon. What would you do in that situation? Would you fake a moon landing? You would, but that’s nothing to be ashamed of; conspiracy theorists understand. In fact, one of the most famous American conspiracy theories is that the moon landing was a hoax orchestrated by NASA to compete with the USSR’s space program. Evidence that the moon landing is not legitimate stems from apparent inconsistencies in photos of the landing, such as Buzz Aldrin’s alleged outfit changes, reportedly inaccurate shadows, and even statements that the photos were too good to be true. Mainstream
moonlanding-skepticism asserts that the moonlanding photos were taken on a special stage set up by NASA and that all of the issues stem from bad lighting choices.

In addition to skepticism surrounding whether or not we have landed on the moon, some question whether the moon is hollow or really exists at all. While this sounds outlandish, Irwin Shapiro from the Harvard-Smithsonian Center for Astrophysics is often cited on conspiracy theory websites saying, “The moon is bigger than it should be, apparently older than it should be, and much lighter in mass than it should be. It occupies an unlikely orbit and is so extraordinary that all existing explanations for its presence are fraught with difficulties.” Despite the quote’s frequent citation, Shapiro never actually said this, so the anti-moon community is still waiting for a significant scientific figure to come out on their behalf.

6. Sparked by an anonymous online confessional, theories have circulated on the Internet about a secret meeting in 1991 in LA at which important people in the music industry conspired to make money off of the private prison system. Transcripts of this supposed meeting reveal that the businessmen in control of the music industry at the time planned to invest in the prison industry once it was open to the public, and were looking for ways to maximize their profit. One way to do this was to increase the number of inmates; the result of this meeting, according to the anonymous account, was the popularization of rap music.

The confessional detailed the meeting from the point of view of one of the people in the music industry: “He explained that the companies we work for had invested millions into the building of privately owned prisons and that our positions of influence in the music industry would actually impact the profitability of these investments.” The account continues, “Our job would be to make this happen by marking music which promotes criminal behavior, rap being the music of choice.” Similar accounts have been posted anonymously online, but no conclusive evidence has been released.

5. A positive aspect of the skeptic community is its inclination to question authority. While keeping government in check is a noble cause, some of the contemporary theories are less than likely. A slightly retro theory is that Bill Clinton is a serial killer responsible for the murders of over 50 people. While this sounds far-fetched, approximately 50 of Clinton’s co-workers and acquaintances were killed in unsolved murders, which has raised a few eyebrows. That’s not the only conspiracy theory surrounding Clinton, as each president is usually the focal point of hundreds of conspiracy theories both during and after their time in office. Currently, there is a plethora of theories about President Obama, most of which are at least kind of racist.

4. As stated in this “long article explaining why Belgium is a perversion and the world would be better off without it”, Belgium’s liberal ideology is not popular with many conservatives, both in the U.S. and in Europe. While most Belgium-haters are able to cope with their disgust, some are too repulsed to accept Belgium as reality. Doubt surrounding the “supposed country” is expressed on a few websites. “Belgium Doesn’t Exist,” alternately titled “Land of Sprouts and Chocolate, I Think Not,” is a great, concise website that makes a convincing argument that Belgium is nothing more than a liberal fantasy, and is also probably the worst outcome of underemployment among political science majors.

Similarly, some people have claimed to start or ramp up conspiracy theories as part of a hoax. In the 60s and 70s, a political protest group appropriately called Operation Mindf*ck spread hints of Illuminati activity through subtle means, such as slipping ads into the newspapers Innovator and rogerSPARK that hinted at Illuminati influence. When the man accused of killing JFK by district attorney general Jim Garrison (who was also a conspiracy-hunter) was not convicted, Operation Mindf*ck contacted the Los Angeles Free Press to inform them that all of the jury members were Illuminati members and could be identified by their lack of a left nipple. Robert Anton Wilson, one of the group’s members, was quoted asking the group’s founder, Kelly Thornley, “What if there really was an Illuminati? Maybe they’ll find out about us and be pissed.”

2. After a psychic told him he was destined to save the world, benched professional soccer player David Icke was on a mission to find out exactly what he was meant to fight against. During the decade following his revelation, he became a conspiracy theory jack-of-all-trades. His adaptation of fringe theories was boundless, as he gathered the conspiracy theories of his age into one complex “omni-theory,” an impressive conglomeration of every anti-Establishment theory known to man. The base of his theory was that most humans are slaves to our shape-shifting lizard overlords. According to Icke, this alien elite was named the Babylonian Brotherhood, includes the majority of “people” in power, and controls the media, the Internet, all government, and more. Icke deemed the rest of the world “sheeple,” as we are unwilling and unable to see the lizard overlords’ control over us and as a result allow ourselves to be herded around like sheep. He attributed most of the world’s evils, such as pedophilia and the NSA, to the lizard overlords’ misdeeds. Icke has stopped making television appearances, but reaches his massive audience through the Internet. If you wish to have a more personal experience with Icke, as many of his fans do, you’ll have to be on the lookout for tickets to one of his nine-hour lectures because they sell out quickly.

1. The New World Order is The Beatles of conspiracy theory, a timeless classic that set the stage for all conspiracy theory to follow. It is an unified collection of all established conspiracy theory as detailed in the guide Behold a Pale Horse by Milton William Cooper. While Cooper is single-handedly responsible for opening the world’s eye to his theories, he humbly admits in the preamble to his novel that, “It is possible that one or more conclusions may be wrong.” Soon after publishing, Cooper withdrew his assertion that the U.S. government worked with space aliens to kidnap JFK, and switched to the argument that the UFOs he claimed to see while fighting in Vietnam were actually created by the government as a distraction. While he is not infallible, Cooper was able to rework his theories on his wildly popular right-wing radio show “The Hour of the Time,” which won him the title of America’s Most Dangerous Radio Host as decided by the Clinton administration. In fact, his show inspired Oklahoma man Timothy McVeigh to commit mass murder (an incident Cooper later deemed an inside job). After finally achieving his life-long dream as self-appointed director of Intelligence Service of the Second Continental Army of the Republic, Cooper was killed in government shootout. 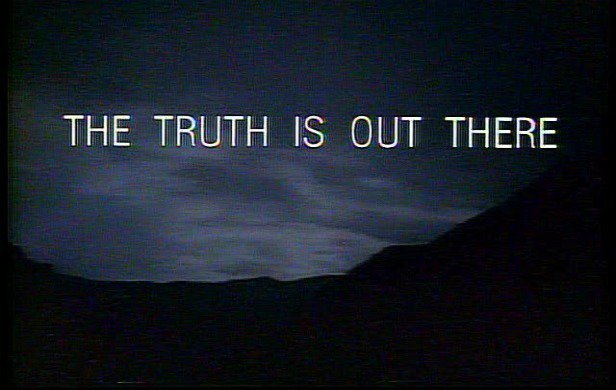 While this list is my personal ten commandments when it comes to conspiracy theories, there are hundreds more available for your perusal. Access to computers at public libraries and increasing unemployment are only two of the many factors that can be held responsible for the flourishing online skeptic community. For example, just a quick Google search can return extensive results on how Woodstock never happened, Tupac is alive, Nazis come from Middle Earth (and still live there), and Snapple is owned by the KKK. Each website generally includes hours of research, because conspiracy theorists will go to great lengths to convince you to convince you of their outlandish philosophies, even though their conviction would most likely not exists if it wasn’t for their isolation and need to have the unpopular opinion. Instead of putting that energy into making people aware of legitimate genocides or human rights violations, conspiracy theorists get all the indignation and false moral superiority without any of the actual positive impact. With this list as your guide, the world of conspiracy theories is out there to be discovered, so go… it’s waiting for you.