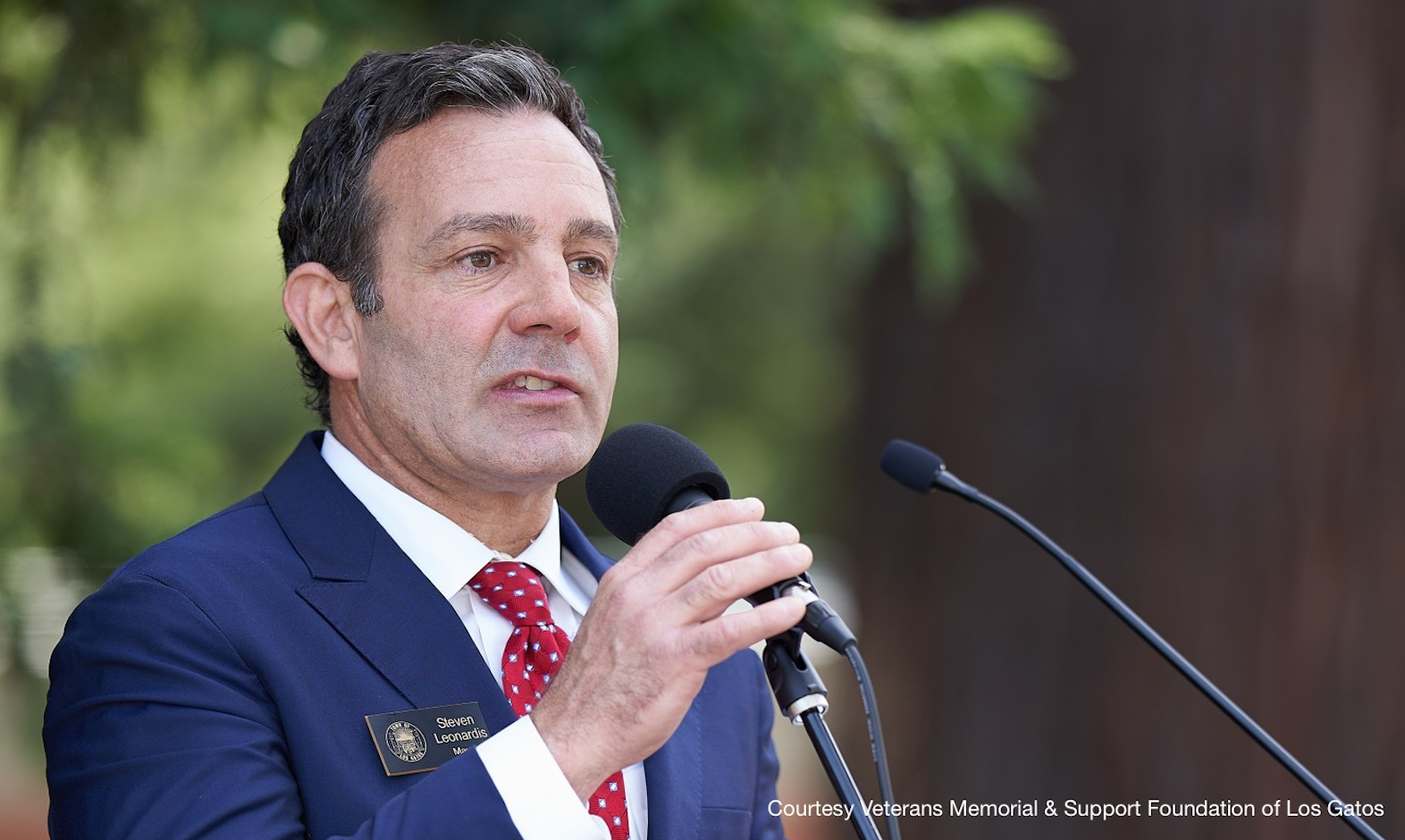 Steve Leonardis delivers a speech at the town’s Flame of Liberty memorial (2019).

When news of Leonardis’s appointment first broke, residents across the county were quick to voice concern over his lack of formal experience in government management, and the potential conflict-of-interest surrounding his intention to work concurrently as a private real estate broker.

Many have also expressed frustration over the fact that the town didn’t outsource the selection process to a professional firm. Some have even gone as far as to accuse the appointment committee of ‘handing out favors,’ given that Mayor Rowena Turner “personally knew [Leondardis],” and was a member of the group in charge of hiring him.

Mayor Turner, however, denied any malpractice, and claimed that she interacted with Leonardis primarily at political events.

Three years ago, Leonardis applied for the same position, and was unanimously rejected by all five of the council members at the time – reportedly due to several of the same issues locals have recently pointed out.

Monte Sereno’s former city manager, Terry Blount, had over 17 years of experience working as a planner for West Hollywood, Berkeley, Martinez, and Mountain View. In contrast to Blount, none of Leonardis’s previous work ties directly to city management.

In an interview with the Mercury News, Leonardis defended his qualifications, citing his “extensive private sector experience [from] running [his] own corporation” as well as his ability to “read blueprints” and “work through land use issues” from his background in real estate.

Perhaps the most controversial aspect of the appointment process has been the high salary associated with the position. Despite the fact that Monte Sereno is a city home to only 3,500 residents, with a total area of 1.6 square miles, the manager’s salary comes to about 180,000 dollars plus 20,000 dollars in benefits — nearly twice what an average non-urban city manager earns, according to the NLC and the ICMA.

Leonardis, however, insisted his interest in the position wasn’t about the financial incentives.

“I applied for the job because I thought I could make a difference in that role,” he told the Mercury News. “I’m not here to brag, but by the time I was 30, I was already a multi-millionaire, self-made… I could have done a lot more in real estate…but my absolute mission is to serve the community.”

However, a statement made by Monte Sereno councilmember Shawn Leuthold during a Dec. 3 city council meeting seems to contradict Leonardis’s claims that the manager’s salary was unimportant to him.

“At the eleventh hour of the [salary] negotiations, [Mr. Leonardis] demanded a significant increase over what he had previously indicated was an acceptable salary,” Leuthold explained. “He demanded [an increased] severance term when he was aware that this council was not in agreement, and that he might or might not succeed at this job.”

Ultimately, despite the controversy surrounding the appointment, the Monte Sereno town council voted 3-2 to welcome Leonardis onto their staff, with Leuthold and Javed Ellahie standing firmly in disapproval of the decision. In response to the backlash, the council would later rewrite Leonardis’s contract, specifically preventing him from practicing real estate during his time in the position, and reducing some of his original benefits.

After receiving confirmation of Leonardis’s resignation from the Town Council, the four remaining Los Gatos councilmembers held a special meeting on Dec. 17 to discuss their options regarding the vacated seat. Under state law, they had the choice to appoint a replacement to serve for the remaining two years of Leonardis’s term, or hold a special election in Nov. 2020. Ultimately, it passed 3-1 to wait to hold a special election, with Mayor Barbara Spector and councilmembers Marico Sayoc and Rob Rennie expressing the sentiment that they preferred to leave the decision to voters, rather than appoint a future council member without direct public involvement.

When asked to comment, Leonardis responded: “The community reaction has been overwhelmingly positive. The residents I’ve met so far have been very welcoming and supportive. They are very passionate about their community.”